The Personal and This Particular March 2014

This was a survey exhibition of the ceramics made since I graduated with a degree in ceramics and fine art in the 1980’s. I explored an initial  post-university reaction to the formal approach of that era, my subsequent journey towards self-expression through fantasy and symbol and then showed work as it developed towards distillation and abstraction.

I also explored the threads in my work from a colonial history in South Africa (with it’s splice of cultures) and the ensuing creative response arising from these cultural streams. By creating the show as an installation in studio and home upstairs, I also wanted to locate my work in the life of a family and a domestic setting and also to bridge the gap between ‘art gallery’ and ‘craft gallery’ and between museum and domestic space. Each room in the house dealt with a different aspect or period of my work.

The house itself was built at the turn of the last century and was originally a blacksmith’s forge on the street level with the family home above it. Today the building houses a studio and collaborative exhibition / performance space (The Forge) with the artist’s home above it.

There was one major mixed media work on show; “ The Large Plastic” . This took up the main wall in the large studio space.  Referencing a painting by Pierre Bonnard, It was composed of seven perspex boxes filled with objects, resin and painted surfaces.

The second part of the exhibition took part upstairs where each room of the house was devoted to displaying works from various stages of the artist’s development. They are listed in roughly chronological order.

The photographs show only the still scenes of the exhibition, but it was the changing light qualities, the smells, the juxtapositions and the traipsing feet which combined to create a strong visceral experience in the installation. 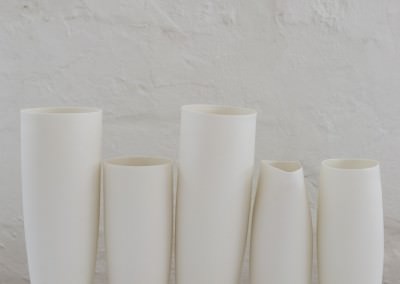 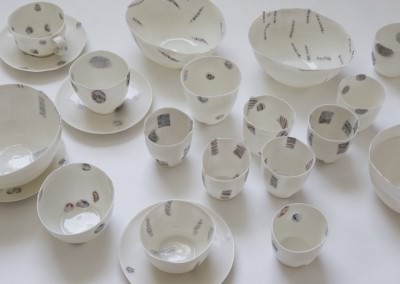 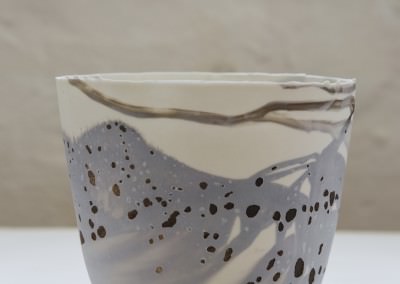 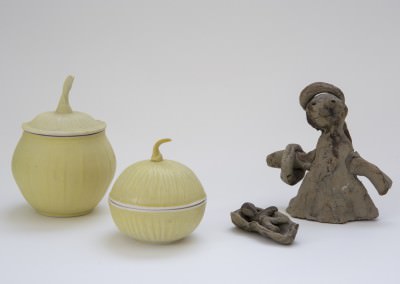 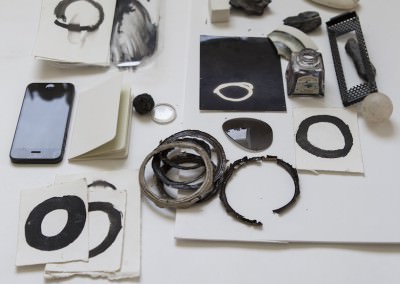 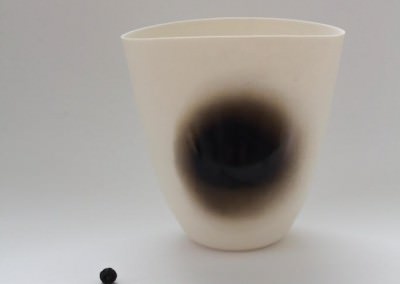 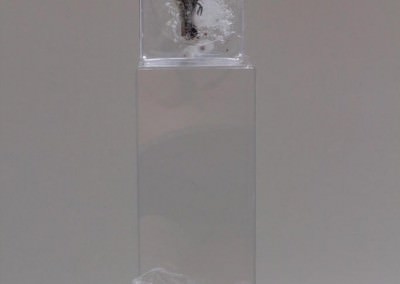 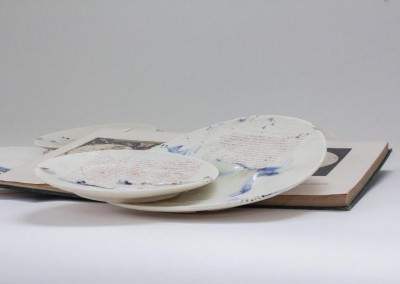 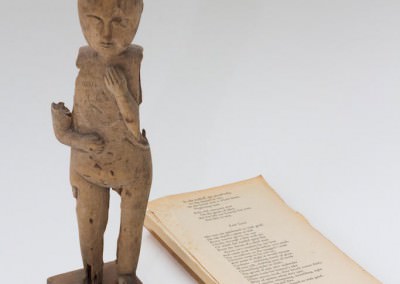 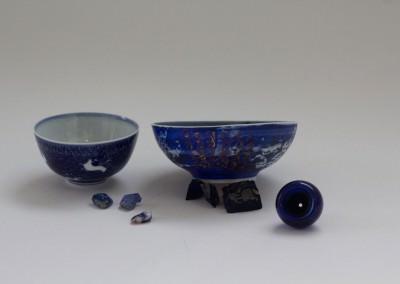 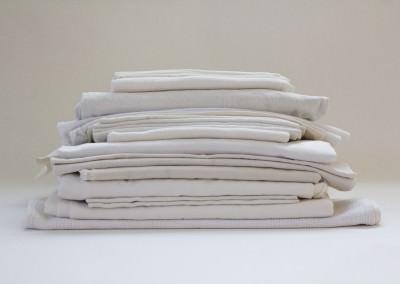 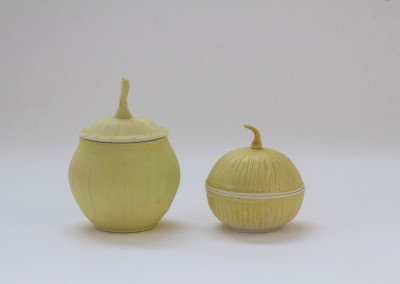 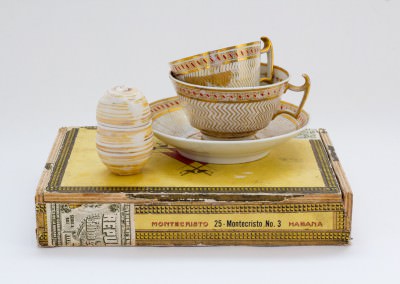 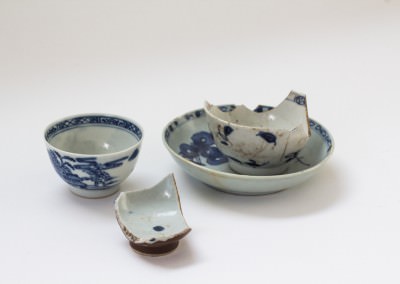 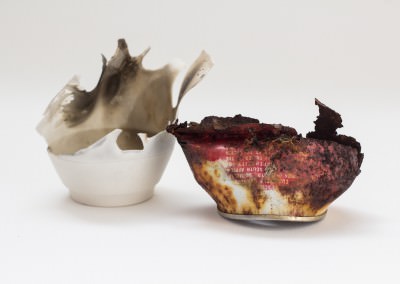 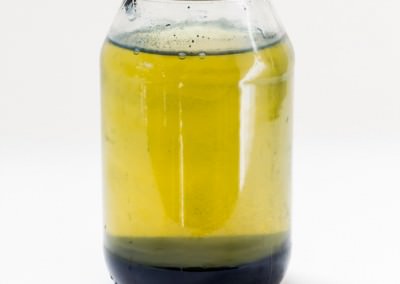 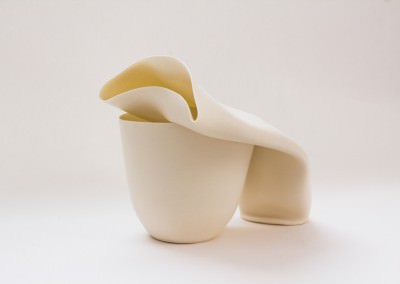 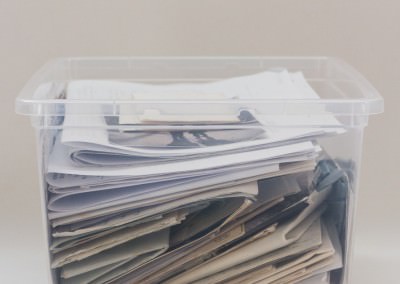 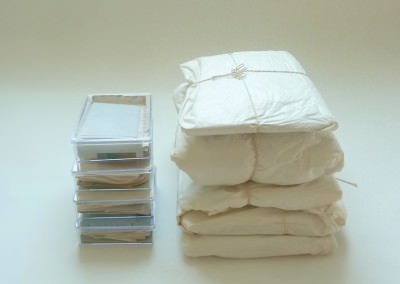 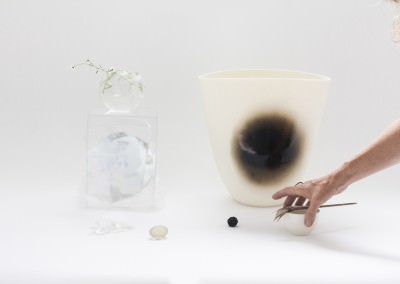