The kitchen is the place where daily cycles intersect, where food is stored, cooked, cleaned, thought about, recycled, packed up and passed on and wasted. It is a place where many hours are spent sustaining life, recycling matter and preparing small intimate tableaux for pleasant and sometimes unpleasant interactions. It is a sort of domestic holy place.

The frying pan, the fire, the penance or the promise of life is part of the kitchen’s cyclical production. Doing the daily round of work can become a meditation with the thought that this could be as important a task as anything else we might ever do in the world beyond.

Each new generation, with different attitudes and aspirations, grasps hold of the baton in this family relay. I realise that some of the cutlery I use was in use 100 years ago. Some of the kitchenware that has ‘washed up’ in my home from previous generations carries a history of relocation and colonization and is an index of economic highs and lows.

My own memory of small breakfast ceremonies (attendant with colonial kitchens, and silver bells), for example, has not diminished over decades. These rituals were to be transformed in my adult life in a post apartheid history . I thought about my own life of making domestic ware by day and using it by night as I fed my children. The ceremonies of grandeur in my childhood having been replaced by an attempt at another sort of sensibility. Foremost being the necessary awareness of our place and attitudes to consumption on a pressurised planet. How to live more simply?

My current favoured range of functional work echoes the plain blue rimmed, and black-rimmed enamel dishes that would never have been found in my forbears’ kitchens (though you might have found them in the servant’s quarters.) I have tried to make a small stacking set of bowls that remind me of rice bowls or tea bowls. The association is with modestly and mindfulness.

On the walls I placed assemblages in Perspex boxes containing disparate objects from nature and those invoking personal memory. I included everyday objects, alongside the sacred and the ecologically sensitive and also objects alluding to ecological outrages, (such as the floating mass of plastic collecting in the ocean’s gyres.) These sad reflections and the celebrations live alongside one another and ebb and flow through the thoughtfulness in the home.
The kitchen in this house has been the scene of many discussions about life on the planet, human greed and consumption, and social attitudes towards nutrition, gender and body image. Many of these discussions were sprung from an awareness of the personal and psychological templates from which we perceive life.

In order to emphasise this relationship between an internal life and outward behavior I made a physical link between the rooms. A hole was broken through the wall between the kitchen and the next-door room, which I called the ‘study.’ 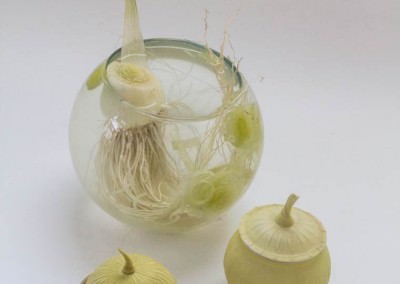 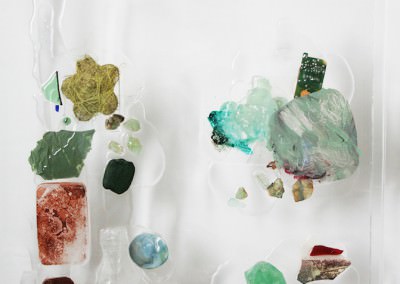 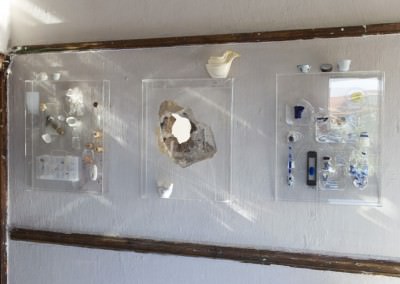 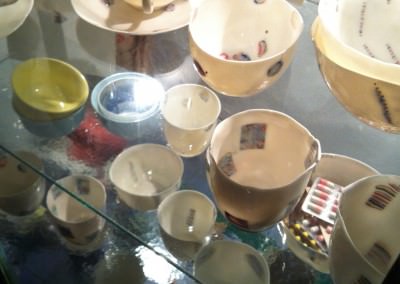 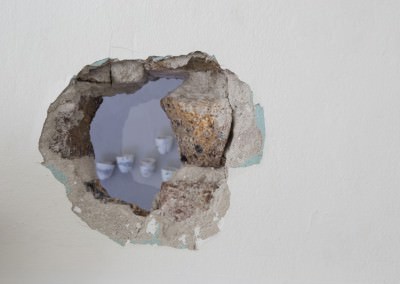 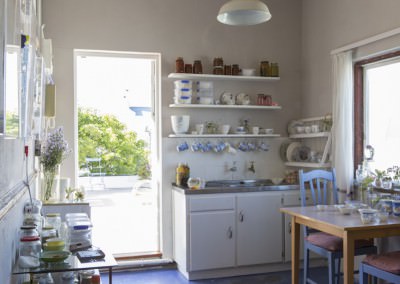 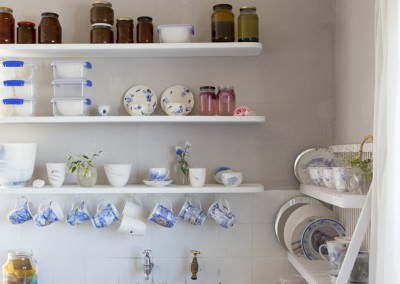 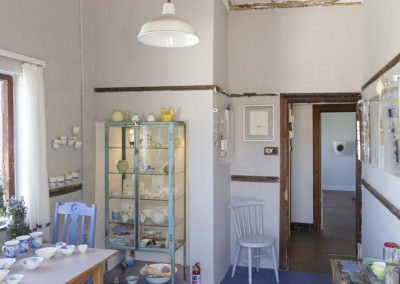 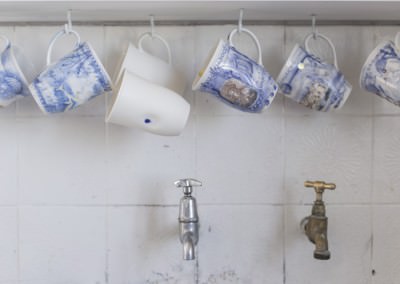 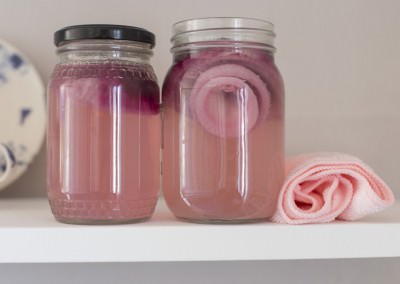 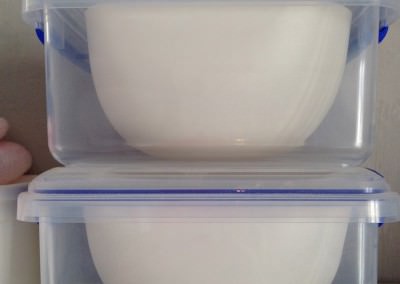 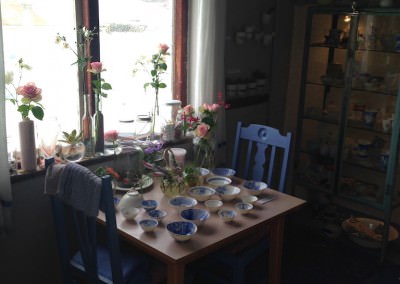 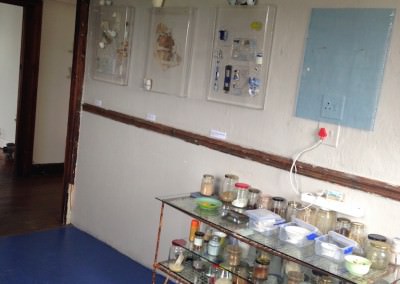 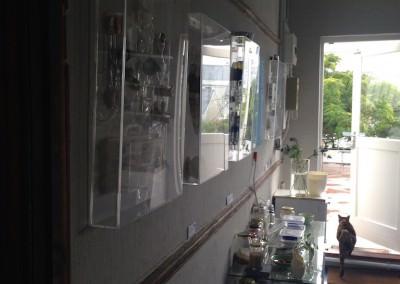 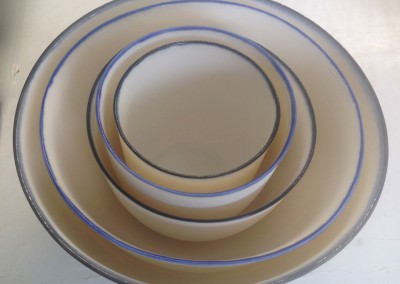 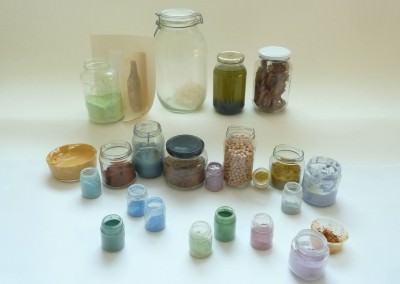 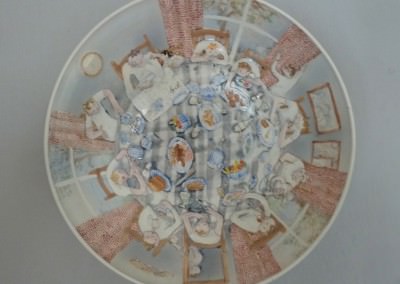 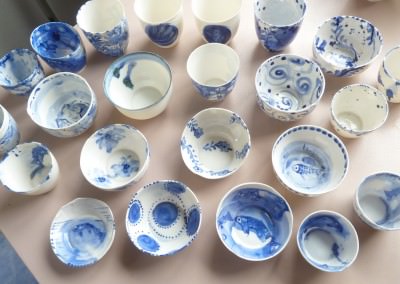